I have a big inner critic. I’ve also received a lot of criticism in my life. So I know at first-hand what criticism can do. I know the impact that criticism has, in the work place, in the family, in our relationships with friends, and in all walks of life. My experience has been that criticism is overrated at best, and at worst, it can be toxic and destructive.

There’s a concept called “Constructive Criticism,” which suggests that criticism can be useful. Personally, I prefer the word feedback. But whatever you call it, how, when and why it’s done is what is important, not its name. 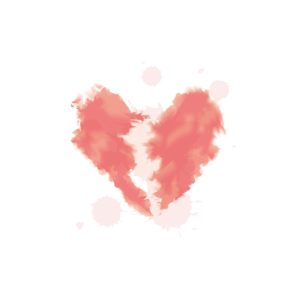 In her book “Flourishing,” psychologist Maureen Gaffney suggests that everyone has a negative bias, an overhang from much more primitive times, and that we need positive experiences to counteract that negative bias. She proposes we need five positives to one negative to maintain neutrality, or seven positives to one negative to flourish. What Maureen Gaffney’s proposal tells us is that criticism needs to be balanced by something else. Something more positive that creates a platform from which negative feedback can be given without damaging our relationships.

Why are we criticising?

Generally, when we criticise something or someone, it’s because we see something is wrong, or not as we want it to be. And we want to put it right, or put the other person right. This is complicated. Because no two people in the world are going to agree on all aspects of what is right and what is wrong. Okay, maybe they’ll agree about the really big things, but when you get down to the little things, we all have different views on the rightness and wrongness.

Take a typical family situation about cleanliness, tidiness and order. No two people ever agree exactly on how clean, how tidy and how orderly the family home should be. They may agree that the home should be these things, but when you drill down into the nitty gritty of it, there will never be unanimity on the detail. I come home from work and someone has put the cups back into the press in a different way from how I like it done. Who’s wrong here? If I give out about how it’s been done, is my criticism justified?

Underneath our criticism there are often some feelings that aren’t being expressed. In the example above, I may be angry and frustrated that other members of my household won’t put things back the way I like it, so I make them wrong and criticise them.

Another way to look at this is that I’m not taking responsibility for my feelings. When things aren’t where I want them to be, then I feel disrespected and powerless. Rather than saying so clearly, and asking for what I want (and perhaps running the risk of being told “NO,”) I make the other person wrong. When we use language such as “You should…” or “You always…” it’s an indicator that I’m not owning my part in the situation.

But am I really entitled to impose my view of the world on others? What makes my view of where the cups should be more right than the views of others in the home? Maybe, in insisting on my way, I’m the one who’s being disrespectful?

It’s complicated isn’t it. And that’s just a tiny example out of the thousands of interactions that happen each day.

I find a good rule of thumb for me, is to hold the criticism while my feelings are running high, until I’ve had a chance to arrive at a “clean place” where I have considered what’s going on for me, before I lash out at those around me. I like to use this reflective time to ask what I hope to get from telling the other person my point of view. Am I hoping that they will change who they are to suit me? Am I willing to ask for what I want, and risk being refused?

When am I criticising?

If the answer to that is “All the time,” then perhaps Maureen Gaffney’s thoughts are even more relevant. If someone is the subject of constant criticism, especially at a young age, or from someone who is very important to them, then it can have a negative impact on that person’s self-esteem. Or alternatively, it can have the opposite effect. It ceases to have an impact at all, because the person just tunes out totally.

Criticism can become habitual. It can become the way we are in the world, and in our relationships. We can meet those in our lives from a place of looking for what’s wrong, looking for the problem, looking for the attack we believe is coming our way. We can see the world through the lens of what we don’t like, and when we go looking, there’s a lot to find.

We can take the challenge given by Maureen Gaffney of positively supporting ourselves and others five times for every time we criticise. This takes practice and commitment, especially for those who are currently committed to an “objective” point of view, which is often a euphemism for cynicism and resentment.

By actively seeking out positive things to see in ourselves, in others and in the world about us, over time we can re-orient our perspective in a more positive way. We can appreciate rather than criticise, acknowledging and supporting rather than challenging. And then when a challenge is needed, there is plenty of ground to support it on.

When we criticise ourselves or others, we close our hearts. Like a door, a closed heart works two ways. We keep the people or experiences we don’t want out, and we also keep out some of the good stuff too, like love, enjoyable experiences, or even money. Any restriction takes energy to hold, and that is energy that we could use in other ways. Other ways that might serve us better.

If you have been on the receiving end of harsh criticism, or you recognise your own inner critic, and you would like some support with it, then you should consider working with a professional. After all, much of our suffering began in our relationships, and a relationship that supports us to heal that hurt is an opportunity for a new beginning.

About the author: Jude Fay is a counsellor and psychotherapist, practising in Naas and Celbridge, Co Kildare. If you would like to make an appointment to see Jude, or one of our other therapists, please call us on 085 105 0337.