Some people don’t believe there’s any such thing as procrastination. Some believe it has a life of its own waiting to ambush everything you ever wanted to do. Whatever your beliefs, there are days when you know there are things that could help you, or help you to run your life more smoothly, but you just couldn’t be bothered. You revert instead to your time absorbing activity of choice, such as checking email or Facebook, doing household chores, or watching reruns of old TV shows. 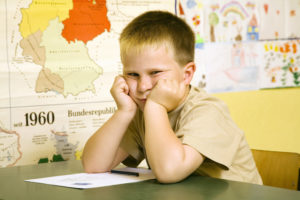 Often, procrastination is the result of an inner conflict between two conflicting feelings, one saying “yes” and the other saying “no.” To put it another way, I want to move towards something and away from it at the same time. The inner conflict can leave us paralysed, because the part of us that says, “You really should do that,” is fighting it out with the part that says, “I don’t want to, I’m not going to, and you can’t make me.”

Over the years, I’ve found some strategies that help to overcome this impasse.

Procrastination need not hold you back from having the life you’d like, but if it has been a serious problem for you for a while, perhaps there’s something deeper going on that needs to be explored. Talking to a professional may help. Contact us here to make an appointment.

About the author: Jude Fay is a counsellor and psychotherapist at AnneLeigh Counselling & Psychotherapy. She works with adults and couples and has a keen interest in relationships of all descriptions. If you’d like an appointment with Jude, you can call her at 086 232 7821 or 085 105 0337.