Jealousy is an old fashioned word, not one you hear much of today. When I was growing up it was one of the Seven Deadly Sins that should be avoided at all costs. In my own experience, it’s a feeling that eats away at peoples’ insides in a subtle and destructive way. When jealousy is present in relationships, it can cause people to act in ways that they later regret, and if not acknowledged, can ultimately bring a relationship to an end. 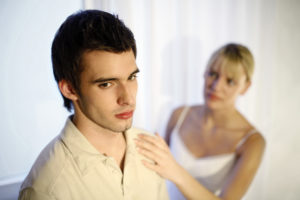 Or maybe it’s darker still. Maybe they have some problem or some need, something that gives them a special status in the world, an illness, a condition that entitles them to some reward, or an excuse not to work. Maybe they are loved and we feel we are not, or we see a loved one light up when they talk to others, but the light is never shown to us.

Whatever the reason for the feelings, jealousy doesn’t buy us much sympathy in this world. It is one of those things about which people make a face as they talk about it in themselves, ashamed to admit they have those feelings, and when spotted in others, attracts judgement and derision. So someone who feels jealousy may find it difficult to ask for help to manage it.

That’s why it is often underground and hidden. And unfortunately, when we hide things from ourselves and from others, that’s when it tends to cause trouble. It comes out in the heat of an argument, or after a few drinks. It comes out in the backhanded remark, or the spiteful action.

Jealousy, like all our feelings, is information. It’s got something to teach us, usually something about what we’re not allowing ourselves to have in our lives. Take the straightforward case of feeling jealousy about someone else’s partner, house or children. The issue here is not the jealousy, the issue is the underlying desire for something we don’t or can’t have. A loss not grieved or a longing not acknowledged. Jealousy about someone else’s misfortune, that enables them to have something that we don’t have, money, attention or care, is the same thing. It’s pointing us towards a disappointment, or a need that’s not being acknowledged.

When we look at our feelings as information rather than as something wrong that we shouldn’t have, we can be easier with them, and begin to look at what we’re missing. We can offer ourselves some understanding and support, rather than condemnation and criticism. Then we can take the action we need to take, whether it’s mourning our losses or taking steps like going out and getting what we want.

If your relationship with yourself or someone else is affected by jealousy, maybe it would help to talk to someone about it.

About the author: Jude Fay is a counsellor and psychotherapist with a special interest in relationships. If you’d like to book a session with Jude, please call 085 105 0337